First, leximize is a superb word in serious need of official entry into the lexicon.  It’s timely, too, since it seems that every year since the mid-90s has seen Merriam-Webster beaten into submission to add internet-related non-words into its formerly esteemed publication, which I believe is the very definition of your newly-coined masterword.

I finally remembered something this morning that made me feel silly for having wallowed in amnesiac depression and disgust these past few weeks: consciousness.  Arguably, the only concept still completely elusive to scientific theory and experimentation due to the fact that the very consciousness that tries to grasp it is it, thus we always grasp in the wrong place because we are incapable of doing otherwise.

Worry not: this doesn’t re-open the doors of spiritual metaphysics; just plain old run-of-the-mill physics will suffice here.  To my mind, there is only one philosophical question left that’s worth pondering: do we create the phenomenal world with our consciousness or vice versa?  This is enormously significant because if it turns out to be the former, then I do not have the right to complain about a single goddamn thing.  If the very creation of my (our) own consciousness rubs me the wrong way, I’d say the problem lies purely in perception, specifically my perception.

My adolescent mind was strikingly similar to that of the young Alvy Singer in the movie Annie Hall; mildly depressive, doubtful and precociously cynical.  I haven’t changed much in 50 years and I think this might have something to do with the habitual orientation of my perception.  In other words, if happiness is truly my aim, then I am the only one that can bring it about and the only tool I need is my own mind.

By the way, yesterday, I noticed that Notes From The Avalon was getting an inordinate number of views from Canada.  Then my follower count went up by 1, as someone new had registered via e-mail.  I tracked the e-mail address back to the Facebook page with which it was associated and found that it came from a small company that offers acting classes.  The owner and CEO?  The beautiful Robyn Ross, a/k/a Brooke: 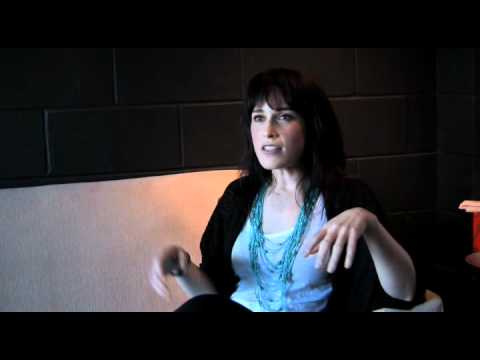 It’s not Deadpool, I know, but I’ll take it!  See that?  I told you there was a method to my madness.