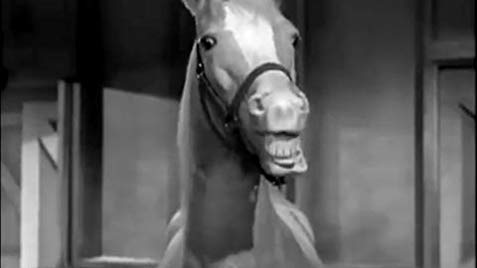 For a nominal fee, I would be willing to hop a flight to your neck o’ the woods, casually waltz into your office and kick Prick sharply in the shin, thereby inflicting both pain and confusion upon your workplace nemesis.

Incidentally, that opening sentence will constitute the entirety of my job search efforts for the day.

Now for my Yuletide philosophical head-scratcher:  do you think that any of the “higher animals” are capable of awe?  Establishing at the onset that conceptual thought is something of which (currently) only humans are capable, I’m speaking more of that wordless feeling of overwhelming beauty that we get in our less jaded moments as we gaze upon the strange play of light when the sun sets behind a forested mountaintop.  I understand if this proposition sounds absurd on the surface, but stay with me here.  The male peacock, among other animals, attempts to attract a mate by displaying its dazzling plumage.  The beauty of the patterns on its fan-like feathers is appealing to the eye, but it doesn’t seem to imply strength, health, vitality or any other quality that enhances its chances of survival.  So why is the female peacock so discriminating in her assessment of his “beauty”?  Does this perhaps present the possibility that she has an actual sense of aesthetic appreciation as opposed to a mere instinctual attraction to a practical mate?  Perhaps even some version of what we so loftily refer to as “spirituality”?

Think about the evolution of our domesticated pets.  The reason it’s so common to hear a pet owner describe their dog or cat (or agreeable wildebeest) in the same terms that they use to describe a human child is because we have fiddled with their evolution through selective breeding and training in a way that literally made those species more closely related to our own.  Their emotions and corresponding mannerisms grow perpetually closer to ours the longer they inhabit our homes and memorize the verbal and physical cues of their human companions.  Who’s to say that there is a limit to their evolutionary potential?  Physical adaptations appear in animals all the time – that’s natural selection maximizing survival chances.  Should dogs, cats, pigs, dolphins or horses continue to mentally evolve according to our direction, why wouldn’t it be possible at some point for these animals to develop the subtle muscles and organs required for speech?  Or opposable thumbs?

We were nothing more than a dumb animal once.  Sure, our earliest ancestors already had the potential to become what we currently know as the modern human, but aside from that, the collective intellect had not yet advanced beyond that of the rest of the animal kingdom.  And all things considered, I’m not so convinced that present day humanity is anything more than a potential stepping-stone to something far more advanced, should we survive as a species long enough to get there.

Merry x-mas and all that.