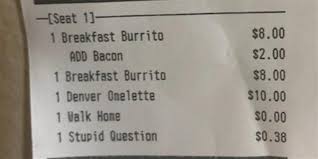 Perhaps pondering unanswerable questions is our version of playing Angry Birds.  It’s certainly no farther up the scale of practicality or importance.

It also serves to alleviate the tedium of the daily grind, though I’m not sure why.

Whether or not those “other beings of the Cosmos” exist to question their own existences might be a moot point and quantum physics, as usual, is the culprit in rendering the query meaningless.  Since over a century’s worth of research and experimentation has shown time and time again that the result of an experiment must take the experimenter and his or her laboratory equipment into account – literally inextricable from the equation – is “why are we here?” even a viable question anymore?

This bizarre and counter-intuitive theory leads me to only one conclusion: we are all mortal gods.  Animals, too.  Any living thing, in fact, that can be said to be “experiencing” is among the pantheon of temporary gods.  We created “all this” with our own perception of it – if there is no one to perceive it, can it be said to exist?  This then leads to an even stranger question: did anything exist before the first being had its first moment of sentience?  All of that background radiation leading astrophysicists to posit the 14 billion year old event called The Big Bang – what if this 14 billion year old shit is actually only as old as the first person who thought about it?

We cannot conceive of nothingness, though it’s the (non) state in which we were(n’t) prior to being born.  We go through hours of it every night in dreamless sleep.  It’s a pretty safe bet that it’s precisely where we’re headed after our century or so of melodrama comes to an end.  So…if I, Desert Curmudgeon, were to die in my sleep, would anyone else wake up to experience another morning?  I mean, everything I’ve ever perceived has necessitated my observation to manifest, according to the aforementioned quantum theory.  So is this like a Truman Show situation for just one of us or are all of us simultaneously conjuring different experiences of reality?  Does it matter?  Would our ultimate destiny of eternal non-existence be changed one iota by either answer?

A recently trendy phrasing of the same existential conundrum goes like this: “Why is there something instead of nothing?”  Think about nothing again, but this time extricate yourself from the equation and just think of the physical, inanimate universe.  No living beings, no intelligence whatsoever to observe the phenomenon of cosmic flotsam and jetsam colliding and exploding and disintegrating and reintegrating in perpetuity.  Is this possible?  Obviously, I’m excluding “god” from this question, too.  Lifeless, chaotically moving stuff having no living stuff to observe it and with which to interact.  To my mind, this could not have been the case nor could it ever become the case.  “Stuff” without an observer isn’t stuff – it’s nothing.  “Nothing” with an observer isn’t nothing – it’s empty space or blackness or silence.

This is why I envy my dog.

I’ve no questions, as such, with which to leave you today.  I’m just interested in hearing your thoughts about…all of the above.

Try not to hurt yourself.