The problem originated from an assumption, as many problems do.

The assumption became compounded by an ignorance of physical sensations. However, the implications of the problem induced by the assumption remains vague.

Yeah, I had a heart attack—a strangling of blood feeding heart muscle which induced an excruciating pain (the heart has feelings too). But this pain, like Iron Man crushing it with his fist, certainly did not feel life threatening. Had I been stabbed or shot or had a compound fracture and seen the evidence of the pain, I would have immediately thought, shit, get to the hospital, pronto.

But it wasn’t like that. Still isn’t. With an obvious wound your mind will rationalize the threat. With a heart attack, especially one like mine, center chest pain (no jaw or shooting pain down the arm), the threat seemed incidental. “It’ll pass,” I thought. Although it took four hours from start to stent, I never thought it was serious. I had my phone and took video from within the ambulance. I asked to photograph the catheter procedure but the surgical nurse said no pictures. I could breathe, talk, walk… It was just the crushing pain that I wanted to go away.

Only the words of the cardiologist, taken at face value—afterwards, communicated the intensity of injury. “Many people would have died from this.”

The assumption? I’d assumed I was healthy.

The ignorance? I had no idea what a heart attack felt like.

Perhaps I sound flip, that I’m not taking this to heart (cough). I assure you I understand the fallout from this incident, mostly the impact on my family had the situation gone sideways. There was a moment, however, where all the Absurd Universe blather filtered into my psyche.

Laying face up, staring at the strange equipment, my right arm strapped down and the sensation of wires worming through my arteries, for just an instant I thought, if this is it—so be it. Not once did I experience fear.

Bravery? Hardly. Stupidity? Possibly. I’d rather equate my fortitude to the understanding I’ve gathered, here and elsewhere, regarding my interpretation of the Universe.

I’ve enjoyed reading the comments to this event. Thanks to those who voiced concern or commiseration. I suppose it’s strange to expose one’s life in such a way, “How I spent the Summer of 2020.” Just goes to show I’m a bit more human than I let on. 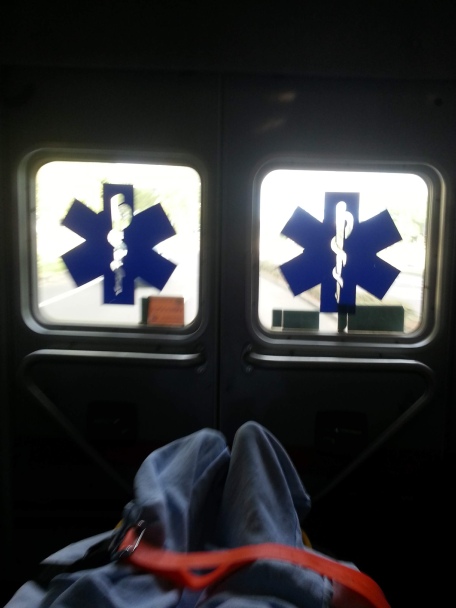 13 thoughts on “The Tattletale Heart”