She hauled up and quit on me just outside Rhemus Station. The harder I kicked, the louder she wailed. If I’d known she’d put up such a fuss I’d have walked the whole way from our dig site. Rinky had followed us, I knew he’d keep her company, maybe lead her back to her herd. I gave her a pat and walked away. From time to time, I still hear that odd trumpet sound. Without protection, I doubt she survived the night.

I beckoned with the two-handed wave described to us and it fluttered across the water toward me. I picked just two of its eyes, the others I ignored. I’d heard they took offense if you couldn’t focus. As it landed, just beyond my reach, it began to retch producing a viscous soup that spread like an oil-slick. The smell rose and I breathed it deeply—truffles. Its sick smelled like black truffles.

The natives use the bark for food, shelter, fuel, and if pulverized and left to rot in a shallow, swampy ditch, turns to an intoxicant which they slurp in revelrous glee. Their twilight dancing, a chaotic riot, ends only when the last of them concuss themselves against the trunks of the trees. Because of their lack of depth perception the locals can’t climb, leaving the heights for us to safely bed. 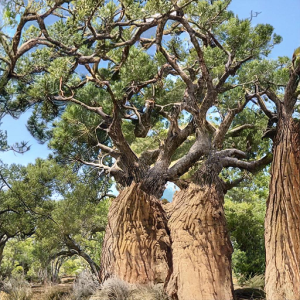 I hold as still as I can. The pollen, its tendency to burrow into my nostrils, has me on the edge of a constant sneeze. I choke it down and capture the shot. To its left I catch a flash of movement, low in the brush, the tips of the tracker’s ears barely topping the grass. But all of this specimen’s eyes are trained on me. I prepare to witness a predatory scene few, if any, have ever seen. 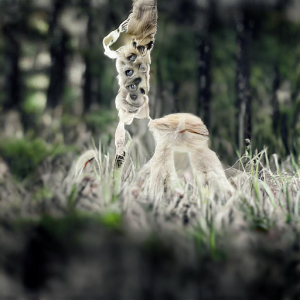 The line is deep and although I haul back, the weight at the end gives only in spurts. I keep at it. I see a flash of white, turned pale blue, and then a rush and splash as it surfaces. The hook tears at the side of its throat, snared, not a valid catch. I can only hope the damage done won’t leave it mortally wounded.

This is not the way we came in. But the map has brought us to this cove and this gaping maw, our egress from this hell-scape world. I see ripples at the edges. Is it quivering? With provisions exhausted we have no choice but to venture in—out? Through?

I’ve been watching bonsai videos lately. I don’t know why. There’s something about taking a straggly adolescent tree, shredding it to its core and produce something humans would find beautiful. There’s the time aspect too, the fact that once you strip some seedling down to its naked trunk, chop its arms and head off, bend it sideways and command it to “sit and stay!” that you have to wait years while the pathetic Charlie Brown’s bonsai either handles the trauma and flourishes — or dies.

And I got to thinking, a dog wouldn’t give this tree a second thought, that is, right after it pissed all over it. Nor would a robin, or a gecko, antelope or a mountain lion. Too small to provide shade, too nasty to eat, maybe there’s some bugs to be found crawling through its diminutive branches… But other than that, meh, just another woody green thing to be ignored.

We humans seem singularly adapted to layer an aesthetic sense of beauty, or the lack there of, over top of everything we experience in the world. The most mundane items of everyday life may be imbued with the qualities of feng shui, chi/qi, or wabi-sabi evoking the true essence of their purpose — or not. There’s some ugly shit in the world.

I’m reminded of Neil deGrasse Tyson’s comment that, of the billions of species that have existed since the rise of complex life 500+ millions years ago, higher intelligence evolved just once as an extended species (Homo). “I guess higher intelligence must not be all that important for survival.” Sharks and crocodiles would agree.

And with this “higher intelligence” it would appear we got the added bonus of arbitrarily assigning an aesthetic quality to anything within our environment. I look at these bonsai trees (bonsai literally means “planted in a pot”) and I can immediately distinguish which exude elegance and charm and which are gnarled witch-sticks leaning toward the fire. And I’m convinced my dog couldn’t care less.

But then, maybe she does care… Care about other things. “Oh my, what a wonderful smell that is, wafting in through the open car window.” Or the corvid perched on the rooftop, “That’s one clean, white ground roller there. I think it needs a bit of aerial deposited decoration.” What of a dolphin’s delight in the curve of the surf, or the standing pulse of a bow-wave? How about the sweetness of a strawberry or banana for a chimpanzee?

Perhaps our delight or disgust of that which we experience, and how they influence our behavior is not ours alone.

If you read Malcolm Gladwell’s Blink then you’ll recall how our subconscious, our first 1/2 a second of experience can instruct us in our aesthetic judgement. It’s a thing we cannot stop. We instantly “know”. But I ask myself, why should my interpretation of the world and my personal opinion of its beauty or ugliness have meaning beyond my own mind, beyond my own life?

My dog rolled in something again. Damn, that’s some skanky shit.

“You’re joking, right?” she whines, “That was the best smellin’ dead-thing I’ve found in many moons.”

The malaise of disenchantment may be finally lifting, or not. No promises.

I was thinking about the dynamic range of dog sizes; teacup poodles to 200+ pound mastiffs. Yet, all these dogs seem to be manageable by their owners. We may not be entirely comfortable around a massive Irish wolfhound, but as long as the owner is near, or the dog wags its tail and stays calm — we’re good.

Imagine a house cat the size of a Bernese Mountain dog? Or, in other words, imagine a cougar or leopard living in your home.

I suppose it’s obvious why humanity hasn’t bred larger and larger house cats. We can barely trust the 12lb’ers we already share a couch with. Consider shooing a forty pound cat-like-a-lynx off your favorite chair. “No, that’s fine. You can keep it.”

The possibility of developing larger breeds of cats is no doubt an option. Cats of every size, from five pound Lil Bubs to five-hundred pound Burmese tigers exist in the wild so their body types can handle the size and weight increases. I think the bottom line is, we just don’t trust them.

With dogs, we’re the alpha-masters (or should be). With cats, their brains just never accept their natural place in a domestic hierarchy — at the bottom.

It’s true that dog breeds exist due to specific needs or work venues. But many strut the dog shows, well, just for show. And we know that breeds like Coon cats exist that push the limits of the house-cat size range.

Tiger King notwithstanding, living with a Labrador-sized cat would be terrifying.

It must have been my taunting of the Season of Chill that brought its own chill to my home and work environment this last week. Not more than twenty-four hours after my last post my area suffered what they call an Ice Storm. First came the meager snow, far from the epic house-high accumulations of which I wrote. Then came the freezing rain, rain that starts as water 5000 feet up, but due to the cold lower layer, freezes on contact. Well, it froze to the snowy branches of thousands of trees, trees that had long enjoyed a leisurely lean out over open fields and roadways.

And then this legion of woody soldiers all began to fall. And fall they did. By the hundreds.

Big, fifty to eighty year-old trees fell into roads and onto houses and cars and onto fields and open-spaces everywhere. If the tree was “branchy” and lopsided then it probably lost major branchage if not outright fell over.

Fortunately, the power returned the next day. But the internet did not. Six days later it’s finally been restored. I’ve had to drive over to a friend’s and work from their bedroom as their net connection remained viable. I mean, I work from home, but if I can’t connect… “Sorry, Mole, you’re no good to us — disconnected.”

Spending the evenings watching old DVDs (Harry Potter), as the cable was also kaput, was nice. But, oy, when you’re jonesing for the juice and even the cell-tower’s data is temporarily wounded, no power, no net, no cell-coverage… It felt like the 90’s. The 1890’s that is.

How good we have it. How much we take for granted. Sure got cold. Maybe if it hadn’t been winter…

Oh, and WP’s Block Editor really does suck. If Microsoft Word had used such an idiotic block metaphor it would have died along with Clippy. No editor worth its salt forces such a paradigm on users. Adding blocks TO a document is vastly different than forcing all content to be blocks. If Word or Google GDocs ever adopted such a draconian technique I’d go back to writing in Notepad.
I suspect WP might have done this to make it easier to inject ads into posts as content is schlepped around the net. 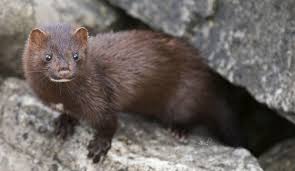 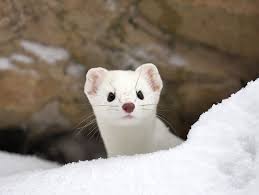