Busy times. I suspect we’ve both had our hands full. Me, exhausted from learning a new software platform (Microsoft D365) and you, starting a new career with a whole universe of knowledge to master.

I hope there’s time, here and there, for you to share your experiences. Does such a grand adventure deserve its own venue? (Of course, you’re always welcome here.)

Regarding these latest endeavors, I’ve taken pause to reconsider the process of learning. I say ‘reconsider’ as I’ve (and perhaps we’ve) examined the aspects of changing one’s mind here in these posts. And learning, to me, is the epitome of “changing your mind.”

How do you learn? I mean you, specifically. Have you considered it in abstract form? Learning something new, both mentally and physically, seems straightforward. Take the new material, read it. Read it again. Discuss it. Use it in practice, bit by bit until it sticks. The same for physical skills: condition your body, muscle by muscle, motion by motion, until you no longer have to think to move—you just flow.

My pastime endeavor, learning to write well, is more problematic. Not only do I have to learn new skills, I also have to unlearn old ones. Break bad habits and replace them with good ones.

And so, as I’m wont to do, I analyze the process and communicate my findings here.

It is with such analysis that I am assembling this writer’s workshop. And indeed, how I continue to apply myself to this 10,000 hour, 1 million words endeavor.

I’m anxious to hear of your progress,
‘Mole 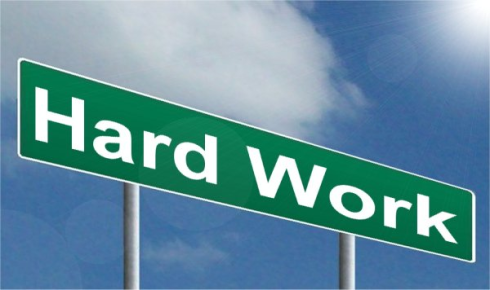 You, sir, are one of the most enigmatic personalities who swims in these semi-anonymous waters. The net is nothing if not strong opinions voiced with impunity, don’t you think?

I hear your appeal to elevate the word “tribe” to mean actual, honest-to-god, tribes of native humans collected together for survival and cohesion. I hereby relinquish my use of the term for specious purposes (and I have used it frequently over the years). However, as you attempt to convince us that your curmudgeonly ways permeate your actual life, I call foul. As evidence I call forth this very repository of hypocrisy and your comments forthwith. Not even Gandhi himself could be more polite and considerate when addressing some of the just-as-strong opinions voiced here against/about our correspondence.

You sir, are a nice guy.

Regarding your supposition that intellect begets misery I would wholeheartedly agree. I’ve mentioned this very concept within these pages. I went searching and found this: https://anonymole.com/2017/06/21/how-smart-are-we/ and, in fact, if you search for “unhappy” here you’ll find a set of posts that pertain to this discussion. Basically (and I do mean that in its purest form of the word) the smarter you are the greater capacity you have for [words that reflect misery]. And happiness is about as far as you can get from intelligence.

On to my chosen topic of the moment: Peanut butter.

Seriously. I have this fascination for the origins of food. Where the hell did peanuts first come into culinary usage? (South America/Peru). Sesame seeds? The Fertile Crescent (where they may have been the first oil-pressed crop). Pistachios? (Afghanistan, as are hazelnuts). Turkeys, Tomatoes, Turmeric, Tilapia, Tapioca, Thyme, Turnips…

We don’t often consider food provenance but I do. Italians and tomatoes and polenta, Irish and potatoes, Asia and their peppers, all of it barely 500 years old, all of it “stolen” native foods. While humans have obviously been cultivating and consuming these foods for millennia, we rarely consider how recent our spice, nut, fruit and veggie basket has filled out due to globalism. The point I’m slowly getting to here is that, although we love to share food-culture across the planet and, I suspect, eventually, Terran food will be a thing (as opposed to Lunar or Martian food), we refuse to admit our global humanity; the tribe (ahem) of Homo Sapiens Sapiens.

Music, dance, art, food — all of these things tend to unite us. Although, like yourself, I don’t really give a shit about humanity as a cosmic entity, I still like to contemplate grand problems and propose grandiose solutions; they’re like puzzles, intricate quandaries that beg for analysis, elucidation and answers.

And so, in our wretched profundity, embittered by our self administered flagellation, were you to envision a day where your contempt for mankind, as compelling as it might be, is tempered by something, some occurrence, some transformation that renders humanity tolerable—what might that event be? Clearly, sagacious beings before us have gazed upon mankind and hoped someday that our species could elevate itself above its petty differences and see the universe as a frontier only we, humanity can hope to explore. Do you see such a possibility, in some future epoch? A globally shared peanut butter sandwich?

Aw, hell. Fuck that. I’m just yanking your chain. I’m trying to see how many 9+ letter words I can get into a post in remembrance of your dead blogging site.

Oh, and ZorkerBorg? Yeah, fuck him. I despise that pissant, the lucky prick that he is.

[PS: You’ll notice that if you end a post on a Fuck You tone, few people are wont to comment. I did this intentionally as I wanted to see if both yours and mine both elicited the same disgust. It appears to be the case. I wager that if we end our next correspondences with rainbows and ribbons, we’ll get a different response.]

[PPS: For Mr. Van Helsing, “The Peanut Butter and banana sandwich, or peanut butter, banana and bacon sandwich, sometimes referred to as an Elvis sandwich or simply the Elvis, consists of toasted bread slices with peanut butter, sliced or mashed banana, and sometimes bacon. Honey is seen in some variations of the sandwich.” Wikipedia]